Below is a brief history of ORPHEUS, from its first conference in Zagreb, Croatia to today.

The Start of ORPHEUS

In April 2004, a European Conference on Harmonisation of PhD Programmes in Biomedicine and Health Sciences was held in Zagreb. It became clear that PhD programmes are so different that even a PhD title has a different meaning in different parts of Europe.While some countries did not have any clinical PhD programmes, others had even two.

Therefore, delegates coming from 25 universities and 16 European countries agreed that there is a need for European harmonisation and they accepted ‘The Declaration of the European Conference on Harmonisation of PhD Programmes in Medicine and Health Sciences’ (‘Zagreb Declaration’), which contains the first European consensus statement what a PhD programme should be.

Close similarities between the ‘Zagreb Declaration’ and ’10 Salzburg Principles’ (Bologna Seminar, Salzburg, 2005) are not surprising. 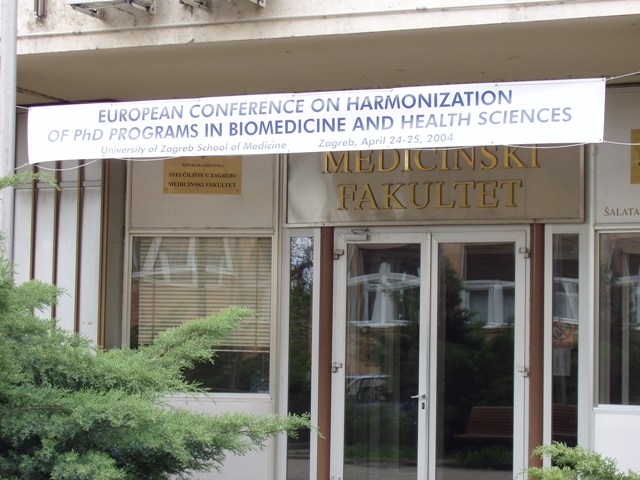 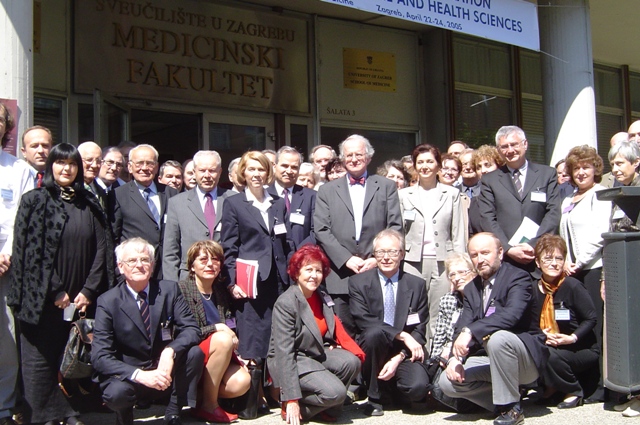 The Second European Conference on Harmonisation of PhD Programmes in Biomedicine and Health Sciences, held in Zagreb in 2005, included delegates from Medical Schools and/or Schools of Public Health from 33 universities and 21 European countries.

At the end of the Conference, President of the Scientific and Organising Committee, Professor Zdravko Lackovic (Zagreb) proposed formation of a European organization of PhD studies in biomedicine and public health to ensure further European activities.

Professor Seppo Meri (Helsinki) (on the left) agreed with Professor Michael J. Mulvany (Aarhus) (on the right) on proposing a name for the organization: ORPHEUS – ORganization of PhD Education in Biomedicine and Health Sciences in the EUropean System.

The Constituent Assembly of ORPHEUS – was organized by the elected (Executive) Initiative Committee at its session held on November 12, 2006 in Dubrovnik, Croatia – adopting the ORPHEUS statutes – in this way ORPHEUS was officially born.Legaly ORPHEUS was registered in Zagreb, February 9, 2007.

On 15 October 2008, in WFME Office, Copenhagen the meeting was held between representative of ORPHEUS (President Zdravko Lackovic), Association of Medical School in Europe (AMSE) (President David Gordon) and World Federation of Medical Education (WFME) (Immediate past-President Hans Karle). Formal agreement was reached for the three organisations to work together create a document setting out agreed essential and desirable standards for the PhD degree in medical faculties and schools in Europe. In the following year general assemblies of all three organizations accepted agreement.

At the end of 2012 document that became widely known in Europe was printed by Aarhus University Press.

Join our network of over 119 organisations