The course is for 24 participants that splits into two groups for the group work. Each group will be led by
one of the lecturers and one of the local facilitators.

9:00 Introduction from the Graduate School

9:10 Overview of course by course lecturers

2017, Marmara. International Meeting on Education and Research in Health Sciences 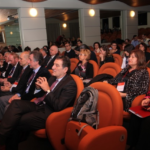 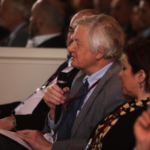 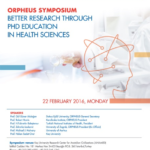 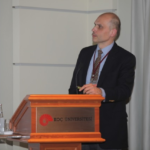 Ihsan Solaroğlu and Lale Büyükgönenç, directors of the Graduate School and the School of Nursing, respectively, were among the participants as well as the President Umran Inan of Koç University and ORPHEUS ambassador for Turkey, Feyza Arıcıoğlu. Gül Güner Akdoğan, Robert Harris, Zdravko Lacković and Michael J. Mulvany from ORPHEUS, Fahrettin Keleştemur from Turkish National Institutes of Health (NIH) and Hakan S. Orer from Koç University were the symposium speakers. This is the first gathering devoted to PhD education where the President of Turkish NIH, a newly founded institution to fund research in allied health sciences in Turkey meets ORPHEUS and Graduate School representatives. An initiative that reflects the determination of the Koç University to build PhD Programs based on sound scientific research.

Participants enjoyed in-depth talks and found ample time to discuss several issues related to PhD education ranging from creation of an institutional research environment to research ethics and implementation of ORPHEUS standards. This was also an opportunity for ORPHEUS to outreach several universities located in Anatolian heartland that have not been a member yet.

US ORPHEUS ambassador Joey Barnett arranged a workshop entitled ‘ORPHEUS – DEVELOPING BEST PRACTICES FOR GRADUATE ED IN EUROPE’ during which he and ORPHEUS President Bob Harris gave lectures about graduate training programmes in the US and Europe, respectively.

The workshop was a great success and was an important occasion to spread the ORPHEUS philosophy of Best Practices in Doctoral Education.

Joey also arranged for Bob to meet with a range of senior executives in the FASEB and ASPET organisations, as well as the head and other representatives of NIGMS at NIH, Washington.

On the 19th of March 2015 EUA decided to hold workshop and focus group discussion on teaching research ethics in doctoral education at University of Gothenburg in Sweden.

Swedish lecturers were Professor Claudia Falke from Gothenburg University , Professor Steffan Eden, member of Central Board of Ethics in Stockholm and Thomas Jurgenson from EUA.

Thomas Jurgenson pointed out that EUA has no expertise in ethics so far so they decided to organize this workshop and focus group discussion. He pointed out that nowadays big money is involved in research and that universities are under scrutiny where performance, innovation and research conduct are of importance. Data protection is also these days focus of discussions. EUA is currently lobbying for changes in the new EU directive on data protection in order to prevent changes that could hamper research efforts in the future. International collaboration can also present problems especially when it comes to informed consent, respect for individuals, and understanding of plagiarism, co-authorship and citation. There is also performance pressure-temptation to go for smaller publishable unit. However, little incentive for replication, leads to less credible results.

After focus groups discussions participants were divided into groups which had to give answers to different questions.

Here are the questions and participants answers:

What does the new generation need to know?

-Basics ( plagiarism, fabrication falsification etc.); coping with new technologies and using it in research, self-plagiarism; why training is important in ethics of research; recognize, reflect, navigate grey areas; many tensions and interests threatening integrity ( pressure on science, sponsor interests); changing conceptions of private, vulnerability of “truth” ;,interpreting regulations; where to find help and support; getting way from qualitative to quantitative research paradigms ; why ethics is fundamental to research and part of transferable skills ; they need to know about accountability of their research; getting reliable support , knowledge of self-consciousness and communicational skills; awareness of stakeholders of what you are doing

How should they prove it?

-Show ethics wariness; have critical mind; not taking routine practices for granted; debating the issues; discussing things with colleagues and supervisors; reflect on the issues of ethics in their thesis; be aware of authorship issues; be able to apply things that they have learnt about ethics in research in everyday practice; feeling confident; writing ethical guidelines

Who has the responsibility that research conducted by doctoral candidates is done ethically?

What institutional structures are needed to ensure research ethics in doctoral education?

-for mandatory ethics training for PhD students and supervisors; for creating and open-minded and critical environment and ombudsman or ad –hoc body or standing committee to address ethics issues; for having clear procedures, for institution of ethics ambassadors (senior managers and researchers); they need to be connection between inter- institutional procedures, regional level and national level procedures and guidelines; for sharing the importance of ethics training in an attractive way

The outcomes of the workshop will be further discussed at EUA conferences in Munich. 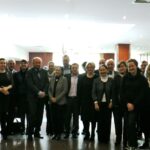 2012, Istanbul. 30th May 2012, ORPHEUS PhD workshop was held under the topic: Vision of ORPHEUS in PhD Education: Towards European Standards, at Marmara University, Istanbul

Join our network of over 119 organisations